For those of you who work with the subjects of astronomy and space, you might find the 4DFrame models below of interest. Tip: The multipage step-by-step PDF files can be used to be shown on a screen.

This 2D star is hexagonal in shape, which also means that it can double as a snowflake if it is made of white 4DFrame. Put a long 4DFrame tube through its center, and it becomes a spinner.

You can alter the final form of this rocket by varying both its diameter and the length of the 4DFrame tubes you use to make it.

This five-pointed star is very decorative and can even be used to decorate the top of a Christmas tree.

Here is a geometric approach to making a model of ringed Saturn, the most beautiful planet in the solar system.

In 1973, NASA held a competition for students to design experiments to go into space and be performed on the first American space station, Skylab. One of the 19 winners was an experiment to see if spiders could still spin their webs in the weightlessness of space. Two female Cross spiders, nicknamed “Anita” and “Arabella,” traveled to Skylab with three human astronauts along with some flies for spider food. When the spiders were tested to see if they could spin a web, they had trouble at first. But once Anita and Arabella got used to the lack of gravity, they were able to make webs just as well as they could on Earth. They had learned how to work in the weightlessness of space!

Learn more about Anita and Arabella and their mission in space. 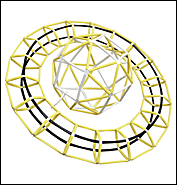 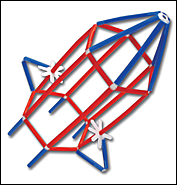 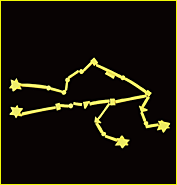 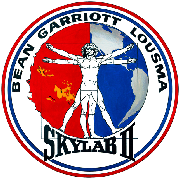