4DFrame is an original idea in educational tools that was invented and developed in South Korea by Mr Ho Gul Park.

Though simple in concept and function, the potential while in use is unlimited. Colorful pipe-like pieces of different lengths are attached to one another with a variety of different-shaped connectors that allow all variety of forms and shapes to be created.

And the tubes can be cut into any lengths needed with just a pair of regular scissors.

Some 4DFrame models that quickly come to mind are those found in biology (DNA molecules), chemistry (carbon nanotubes), geology (crystals), technology (machines, bridges, etc.); even mathematics (toroids, Klein bottles, Möbius strips, etc.). But these same pieces can be used in a free-form fashion to go in whatever direction the user’s imagination decides to take them as opposed to mimicking objects that have already been constructed. Students can even build different kinds of models with moving parts, like cars, airplanes, windmills and waterwheels.

These same materials can be used in both group activities as well as by individual students. Groups of students can learn how to work collaboratively, or to explore on their own as they create different things while making their own personal discoveries.

What better way to, for example, learn about structures, basic geometric forms, an object’s strength through different methods of construction; even what different shapes have in common. As teachers work with the students they can discuss different types of problems, motivate students to find their own solutions while at the same time giving students the tools they need so they can develop their skills.

Korea is widely acknowledged as having one of the best educational systems and some of the most successful students in the world so it is not too surprising that 4DFrame is widely used in that country. Annual contests bring students of all ages from all over Korea to compete with each other in a full day of fun. To win such a competition no matter what the student’s grade level is considered to be a great honor.

Contact Nordic4DFrame to find out how we can help you get started today! 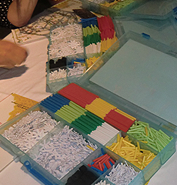 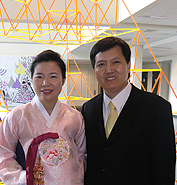 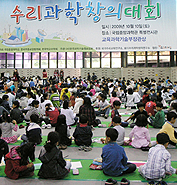 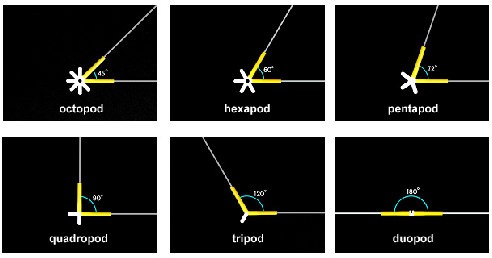